Enhance your imagination with special effects Where reality meets

Where reality meets and blends with the imagination, VFX begins. The demand for VFX has been rising relentlessly with the production of movies and television shows set in fantasy worlds with imaginary creatures like dragons, magical realms, extraterrestrial planets and galaxies, and more. VFX helps transform the ordinary into something extraordinary.

VFX has gained prominence for the following reasons:

FILMS AND TELEVISION
The increasing use of VFX across the globe and in Indian films and the stupendous success of these movies with its spectacular visual effects have led to the advent of an even greater number of studios specializing in VFX.

ADVERTISING
Use of VFX in advertisements is on the rise, helping products stand out in this cut-throat world of competition

GAMING
From intellectual games to gore to fantasy games, the demand for video games across genres and ages is on the rise.

INTERNET
The internet is here to stay and its reach is only going to grow further. There is a growing demand for VFX professionals to build websites and microsites and create digital content that is of the next level.

VFX Prime trains students to become all-round VFX specialists. Right from the fundamentals to the most advanced techniques, the program provides an in-depth understanding of the latest software's and tools. VFX Prime is designed to make students a fully-equipped VFX Professional.

VFX Prime offers end-to-end training on the latest and most advanced tools in the industry. The program is structured across three terms:

On completion, this program opens up a wide range of job roles for the students: 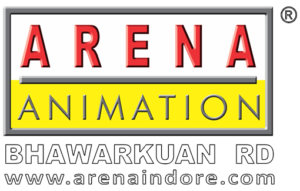